In a binary tree, a node is considered "visible" if no node on the root-to-itself path has a greater value. The root is always "visible" since there are no other nodes between the root and itself. Given a binary tree, count the number of "visible" nodes. 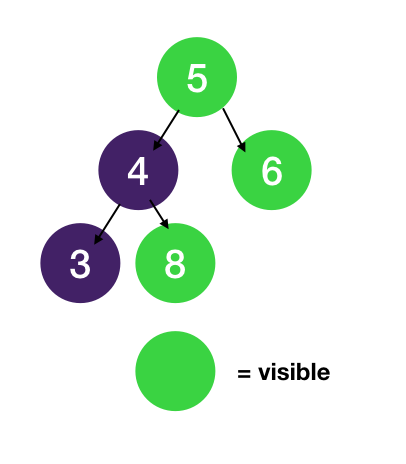 We can DFS on the tree and keep track of the max value we have seen as we go.

1. Decide on the return value

The definition for a "visible" node is its value is greater than any other node's value on the root-to-itself path. To determine whether the current node is visible or not, we need to know the max value from the root to it. We can carry this as a state as we traverse down the tree.

Having decided on the state and return value we can now write the DFS.